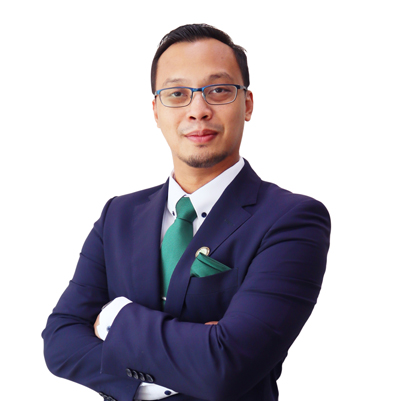 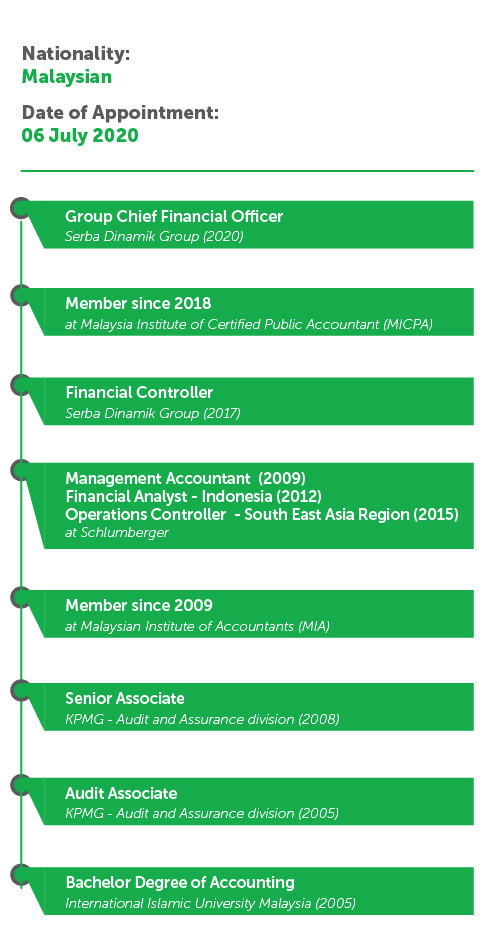 Azhan obtained his Bachelor Degree of Accounting in 2005 from the International Islamic University Malaysia. He is a member of the Malaysian Institute of Accountants (MIA) since 2009 and Malaysia Institute of Certified Public Accountant (MICPA) since 2018.

Azhan began his career with Khairuddin Hasyudeen & Razi in 2005 before joining KPMG (Audit and Assurance division) as an Audit Associate in the same year. Later in 2008, he was promoted as a Senior Associate in the division. Thereafter, in 2009, he joined Schlumberger as Management Accountant and was further appointed as a Financial Analyst in Kalimantan, Indonesia for three consequent years. His last position at Schlumberger was as Operations Controller for South East Asia Region in 2015. In March 2017, he joined the Serba Dinamik Group as Financial Controller and was appointed as Group Chief Financial Officer in July 2020.