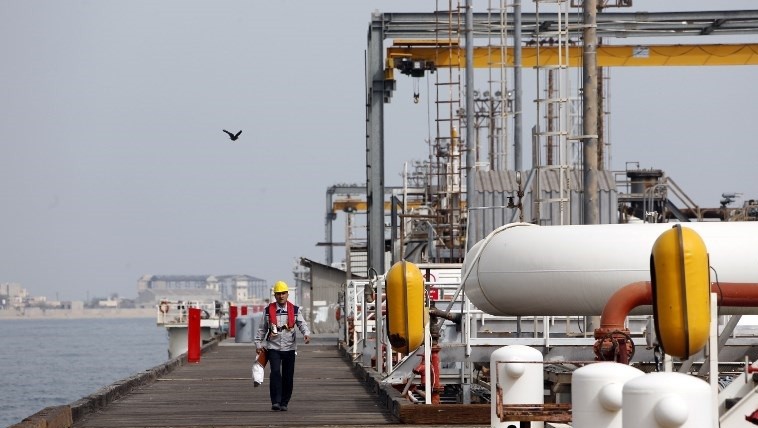 PublicInvest Research maintains its overweight stance on the sector as numbers generally have been improving with rising asset utilisation globally as well as work orders. — AFP photo

KUCHING: Two Sarawakian firms – Dayang Enterprise Holdings Bhd (Dayang) and Serba Dinamik Holdings Bhd (Serba Dinamik) were among the top highlights of the oil and gas sector (O&G) during the review of corporate results for the fourth quarter of 2019 (4Q19).

This was on the back of a largely disappointing quarter, said analysts at Kenanga Investment Bank Bhd (Kenanga Research) with half of its sector coverage (or seven out of 15 stocks) reporting results below expectations.

“This comes as a huge negative, considering the ‘4Q effect’ whereby analysts already had three prior quarters during the year to readjust earnings expectations,” it said in a sector outlook yesterday.

“Meanwhile, fabricators still continued to disappoint during their results, albeit with narrowing losses, even after several quarters of underwhelming losses.”

Only Dayang and Serba Dinamik had results that came in firmly and convincingly above both Kenanga Research and street’s expectations, it said.

“In addition, we continue to observe improved operations and profits coming from vessel providers as we understand that there is limited supply of vessels currently in the market,” it said in a separate note.

“This, in turn, has resulted in recovery in the daily charter rates and utilization rates for the vessels during the quarter.”

“Overall, its numbers were still impressive with revenue exceeding the RM1 billion mark for the first time,” it detailled. “Together with the improvement in profit margins on better cost control and improved efficiencies, the group reported a 47.1 per cent year-on-year (y-o-y) jump in its core net profit.

“Serba Dinamik reported robust numbers, with core net profit jumping 76.4 per cent y-o-y, thanks to stronger contribution from all segments which saw growths in operation and maintenance (O&M), engineering, procurement, construction and commissioning (EPCC) and in other services.

“Profit margins also saw slight increases at the gross and net levels to 17.9 and 12.2 per cents respectively. Moving forward, the group will continue to deliver steady performance on the back of its strong outstanding orderbook of about RM10.7 billion.”

This led PublicInvest Research to maintain its overweight stance on the sector as numbers generally have been improving with rising asset utilisation globally as well as work orders.

“This is despite the continued volatility in the oil price direction exacerbated by the Covid-19 outbreak, resulting in demand disruptions as well as further deterioration in global economic growth outlook.

“Petronas has recently guided that its capex will be capped at below the RM50 billion mark, hence spending in 2020 likely to be flattish.

“This is nonetheless sufficient to maintain current levels of activity, in our view, translating to a stable earnings outlook for most of our oil and gas players. Our top picks for the sector are still companies with stable and recurring earnings such as Serba Dinamik and Dialog Group.”

On the other hand, Kenanga Research kept its neutral call on the sector on the back of ongoing geopolitical uncertainties, prolonged trade tensions and the outbreak of COVID-19, whereby Brent crude prices have taken a tumble and hit a low as investors are expecting a prolonged period of oversupply as demand for oil continues to be disrupted.

“The OPEC+ coalition is now further pressured to deepen and extend existing output cuts when it meets in Vienna on March 5 and 6, which we believe is imperative, and may be one of the necessary steps needed to halt the free fall of oil prices for the time being.”