KUCHING: Serba Dinamik Holdings Berhad is confident that it will continue to expand its range of businesses to several countries outside Malaysia.

The group, which started in Bintulu as a company that offered maintenance, repair and overhaul (MRO) rotary equipment, has become a major player since 2001 with its first investment outside Malaysia that is Qatar.

Serba Dinamik provides engineering services and solutions for oil and gas production platforms, refineries, as well as plants for petrochemical manufacturing and liquefied natural gas (LNG), among others.

It also carries out engineering, procurement, construction and commissioning works on plants, facilities, road infrastructure and buildings, and other related systems and solutions, including the design and installation of process control and auxiliary power generation. 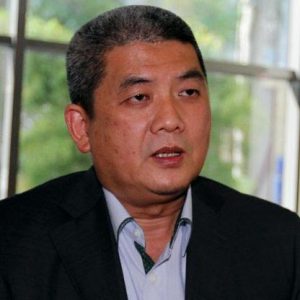 Led by group managing director and chief executive officer Datuk Dr Mohd Abdul Karim Abdullah, who is an engineer by training, the group has made a name for itself in several countries, including the United States (US), Europe, the Middle East and the latest, Tanzania, Africa.

In Qatar, Serba Dinamik is involved in operations and maintenance operations such as providing maintenance, repair and overhaul testing services, including crude oil pumps.

With its success, online newspaper The Edge Financial Daily in 2017 reported that Serba Dinamik’s business in Qatar accounted for 16 per cent of the group’s revenue.

“Serba Dinamik is entering its 18th year in Qatar, a country among the world’s major oil and gas producers,” Abdul Karim told Sarawak Voice in an exclusive recently. A Serba Dinamik personnel carrying out inspection of machinery.

After Qatar, he said Serba Dinamik was keen to increase its capability to build networks with neighbours such as Saudi Arabia, United Arab Emirates, Oman, Bahrain and Kuwait, putting its position in six major oil and gas producer countries.

“I am pleased to note that the Serba Dinamik group is an international global company having the equivalent expertise of players or other global service companies in the oil and gas sector maintenance business.

“The proof to support this statement is that geographical coverage is located in all strategic international countries, as well as strong operations in eastern southern regions such as Malaysia, Indonesia and start entering Laos,” he said. 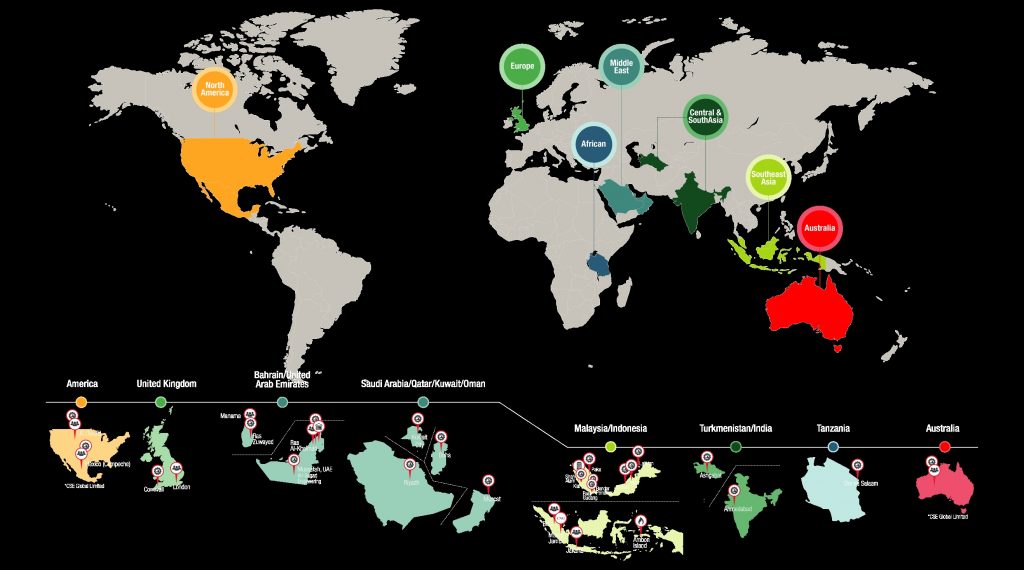 Serba Dinamik: From Bintulu to the global stage.

Serba Dinamik is planning to set foot in several Southeast Asian countries, and in Central Asia, the company is based in Kazakhstan, Turkmenistan and Uzbekistan.

Commenting on markets in the African continent, Abdul Karim said Serba Dinamik had invested in Tanzania with a USD100 million investment and now the company was in the process of examining business opportunities in Bunia, Congo.

“Africa is a continent with great economic prospects and opportunities, and we are not just entering the country but are advised and guided by the Islamic Development Bank.

“The bank has been in the continent for more than 30 years and is very knowledgeable about the market as well as knowing which country is risky and modest,” he said.

Abdul Karim added that Standard Chartered Bank also helped the group in terms of business penetration and joint venture on the continent apart from other local banks.

In line with that, he believed that Serba Dinamik would become the largest player of the economic market in the African continent in the future.

Touching on business breakthroughs in Europe, Abdul Karim said Serba Dinamik had taken over a company having a shipbuilding capacity for parts and components based in Switzerland and then an engineering boutique company located in Rotterdam, the Netherlands.

In the US market, the group began with a strong presence in Houston, Texas and the state is a technology hub for the gas industry in the US through CSE Global Ltd and WW Industries.

The United Kingdom (UK) market was also, said Abdul Karim, among the very important markets and the group is in the UK through the acquisition of Quantum Offshore Ltd, an integrated company in addition to collaborating with engineering institutions in the UK.

“If taking into account all of Serba Dinamik’s businesses, it covers all geographical areas of the world except Russia.

The scope of the group’s business coverage is not only focused on engineering and oil and gas sectors ̶ Serba Dinamik is moving into the renewable energy sector.

“We are taking this initiative on a large scale where we invest and build hydro plants as well as establish cooperation in hydrogen technology and so on.”

Serba Dinamik was established in 1993 and in 1997, it became a vendor for Petronas. The year 2001 was a historical moment for Serba Dinamik when it signed the first MRO contract at the LNG plant in Qatar before spreading its wings to other countries.

In 2017, Serba Dinamik was listed on Bursa Malaysia’s main market and last year among the successes the group had achieved was signing a memorandum of agreement to acquire a 40 per cent stake in three companies with a combined 60MW hydropower plant in Perak.