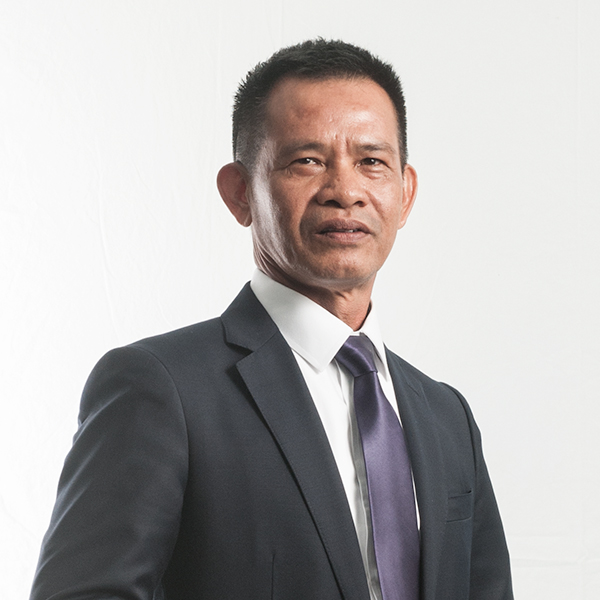 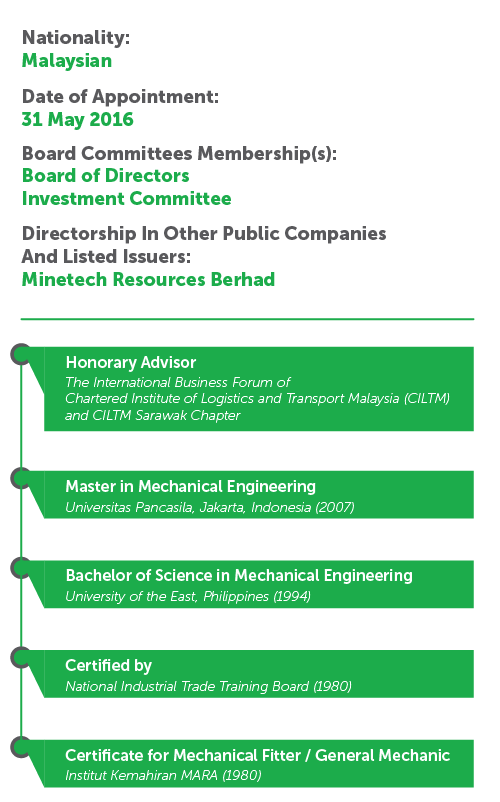 Dato’ Awang Daud obtained an intermediate certificate for Mechanical Fitter/General Mechanic in 1980 from the Institut Kemahiran MARA, Malaysia, and was certified by the National Industrial Trade Training Board in June 1980. He obtained his Bachelor of Science in Mechanical Engineering in 1994 from the University of the East, Philippines. He subsequently obtained a Master in Mechanical Engineering in 2007 from the Universitas Pancasila, Jakarta, Indonesia. In 2018, Dato’ Awang Daud was conferred the highest professional qualification of CHARTERED FELLOW which carries the post nominal FCILT from The Chartered Institute of Logistics and Transport Malaysia (CILTM) which is locally and internationally recognize. He is currently appointed as the Honorary Advisor to The International Business Forum of CILTM and CILTM Sarawak Chapter.

Dato’ Awang Daud began his career with Syarikat Jengka Pahang Sdn Bhd as an apprentice in 1978 where he was trained in overhauls and repairs of rotating equipment such as electric motor, multi centrifugal pumps, rotary pumps boiler and driers. In 1980, he joined Ballast Nedam International (Malaysia) Sdn Bhd as a Mechanical Workshop Supervisor where he was in charge of productivity and service quality of machining jobs, welding/fabrication and maintenance repair of mechanical equipment. He then joined Daelim (Malaysia) Sdn Bhd in 1981 as a Heavy Industries Equipment Millwright where he gained experience in designing, fabrication, maintenance, installation and repair works of various heavy machinery and vehicles. In 1983, he joined Malaysia LNG Sdn Bhd as Technician 3 and was eventually promoted to Supervisor. He was a part of the pioneer group which set up the mechanical workshop for the first product of LNG and maintenance of Malaysia LNG Sdn Bhd. He remained in Malaysia LNG Sdn Bhd until 1993. He joined Serba Dinamik in 1994 as a director and was involved in field supervision, coordination and managing various projects, construction and fabrication tasks, planning and tendering, attending negotiation and handling managerial portfolios. Currently Dato’ Awang holds a directorship in Minetech Resources Berhad and i-Stone Group Berhad.